Most people turn their noses up when they hear the word LAGOS, all that comes to their mind is the gum body situation, over rowdiness, and traffic.

Tufia!! not me, i always say i can’t live anywhere else apart from Lagos. so today i will be sharing some simple rules to follow if you want to survive in Lagos.

Rule No 1: Always be prepared:

Lagos is not for the indecisive. you will have to man up and make valid plans if you are going to consider living in Lagos.

This past Saturday, I planned a get together with my friends at the famous Ikeja City Mall (AKA Shop rite), on getting there we were so confused over which food court to eat at and trust them with their “you can’t eat your own meals at my food stand” we were just moving from court to court. My elder brother finally took pity on us and led us to Spur. On getting to Spur we had problems picking our meals, the service delivered was so poor and sweaty.

Let me give you another scenario.

When choosing a seat in a yellow bus (AKA Danfo). If you don’t look well before you enter, cheiiiiii!!!! you could be stuck sitting beside two Iya oloja’s with trays of smoked fish or even worse, i can catch you finding it hard to breath between two fat women. LoL

Rule No 2 Always say I am sorry even when you are not at fault.

I think this should be common practice among all young millennial’s when conversing with the aged ones. Even if you know they are at fault, just say I am sorry, that’s all they want to hear, if not be prepared to hear that matter for the rest of your journey/stay.

A senior colleague once asked me to get lunch for her, she insisted on not getting anything apart from white rice, on getting to the canteen they had only beans. Okay now mama said she didn’t want anything except white rice. On returning back to my seat with an empty plate, she got angry and started complaining, I was trying to explain when another senior colleague just started shouting “you just committed an error just say you are sorry” it was then it hit me…

Rule No 3 Put on your Armor of mind your business:

This may sound funny but trust me if you want to survive almost anything in Lagos you must put on your whole Armor of not rubbing your nose in another persons business, and what does this include.

An earpiece or headset and

If you are not alerting the driver or conductor that you are about to drop, zip it, unless of course you are the type that likes making casual friends.

I engaged in a conversation with someone on the bus sometimes in February, it was going smooth and the conversation was strictly intelligent discuss until he said “so do you have a boyfriend” this might not sound bad to most of you but to me it was appalling.

Some drivers prefer to blast their radio at top volume and trust me it won’t be “Iskaba” playing, it’s either a beautiful Fuji song you have no interest in picking up or a Yoruba radio station with too much laughter.

Oh boy! If you will be frequenting the island from the mainland then you will need this a lot because the traffic is bumper to bumper. Get ready to be stuck in Traffic. I won’t want to be you in that situation. Also for the working class people, it helps to have a more comfortable pait of footware in your bag except you want to have a wardrobe filled with well worn shoes by the end of the month.

Rule No 5 Don’t sit on the front row of a bus: (especially)

I found this out the wrong way. I was already sandwiched and my knees were already crying out in pain as well as my butt which was being squeezed by another person’s knees. It was a terribly uncomfortable experience.

Rule No 6 Lagos Drivers are Kings. Always shout “OWA” some few miles from your bus stop if you are boarding a Danfo bus.

On my return to Nigeria after five years in America. I made an “ajebota” decision that cost me time, money and shame. I am sure the reputation of those yellow buses with their conductors hanging on the doors have reached you.

Oh yes every bit of the tales I am about to tell is true As the bus approached my bus stop I said with all level of “poshness” “I would alight here” In anger the conductor shouted to the bus driver. “Egbon” this one no ready to come down.

Anywhere you have to get it from find it those N50 and N100 bills might just save your life.

Haaaaaa, i can go on and on with a million rules but i will leave that to you guys.

Want more people to see this? kindly Share this:

6 thoughts on “Six basic rules to follow if you will be joining us in Lagos, Nigeria” 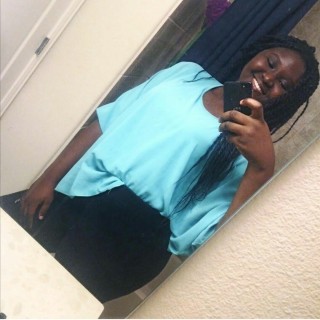 I am just a woman trying to make a difference in a world filled with opportunities.

You Can Also View